For most of the big brands that we know today, there have been just as many others that have made mistakes that often lead to their failures. Running a multinational corporation is a difficult process for everyone involved, and it’s extremely easy to make a mistake that reverberates across the entire company, causing untold damages. These are some of the biggest mistakes that have ever been made by big companies.

Kodak, for decades, was the company to turn to for all photography-related purposes, and they are one of the biggest contributors to the technology that allowed for instant photography. But with the advent of the digital camera – which allowed the average person to simply transfer their pictures to their computer at home – Kodak started to fall away. Their mistake came in 1977 when the company filed a patent for the world’s first digital camera, but due to them being so involved in traditional film, they neglected the development of digital technology, ultimately leading to their downfall.

There was once a time when Blockbuster was one of the most successful companies in the world, and remained so for decades. But as more and more consumers turned to digital technology, older video formats began to fall away. In 2000, Netflix sent out an invitation to Blockbuster, asking if they could take care of the company’s online division. According to the CFO of Netflix, Blockbuster immediately turned them down. Not even a decade later, and Blockbuster would close almost all of its stores while Netflix would go on to be the leader in global entertainment.

In 1999, Excite was one of the Internet’s leading search engines, while Google was only starting out, and many saw the fledgling company as a failure. Google co-founder Larry Page approached Excite and offered to sell Google to Excite for just $750,000 – stipulating that Excite would need to replace all of its tech with Google’s. Page was turned down, although it’s not entirely explained why, but it didn’t take long for Google to start picking up more and more traffic. Today, Google is one of the biggest companies in the world, with its search indexing hosting everything from botany to bingo games for money. Their total assets alone are worth 170,000 times more than what Excite would have paid for the company. 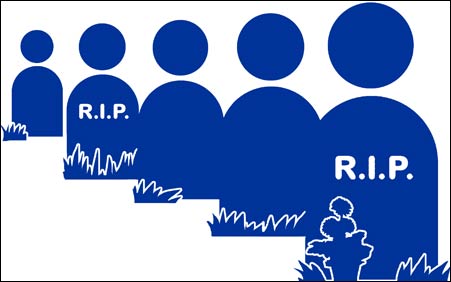 The Fall of Myspace

Before there was Facebook, there was Myspace, and at the time it was doing quite well. Many believe that it was Facebook’s popularity that led to the fall of Myspace, but the truth is more complicated. The platform had been bought out by News Corp, who paid more than half a billion dollars for it. But they managed it extremely badly, and after just a few years the platform would lose the majority of its users. By the time that 2011 had come around, News Corp sold the social media site for a measly $35 million as one of the biggest corporate losses of all time.