Walter Elias Disney (1901 – 1966) is considered an animation industry pioneer, and a national cultural icon of the United States of America. The youngest of four brothers, he had one sister who was born two years after he was. As well as an interest in drawing, young Disney developed a strong work ethic that was instilled by his father. His groundbreaking achievements in animation include feature-length animations in Technicolor, synchronised sound and camera developments.

Rumours of racism, anti-Semitism and USA imperialism have plagued Disney’s memory over the years, although those who knew him have vocally contradicted a lot of these claims. Regardless of how much it is possible to separate the man from the myth today, his legacy is unquestionable.

Films from every stage in his career remain beloved today, and Walt Disney Studios continues to produce important work in films and television. To take a closer look at how the entrepreneur became such a legend, and be inspired by what he managed to achieve, read on below

After a run as a commercial artist, employed by others and himself in the 1920s, Disney became interested in animation. He was one of the first individuals to say that cel animation would be more successful than the cutout method, and started using it in the films he created with the namesake company he founded with his brother in 1923.

While the early years of Disney’s career produced some good work, he was not yet financially prosperous. In fact, many real money Bingo NZ players have won more in a few games than the equivalent of what he earned in a month. He was a prolific worker, however, and he kept going. With the launch of Mickey Mouse, his star began to rise.

Mickey Mouse was actually developed to replace Oswald the Lucky Rabbit, a character created by Disney and his associate Ub Iwerks. The creation of Mickey actually proved once again how plucky and resourceful young Walter was, since the mouse came about when the intellectual property rights to Oswald were lost.

Once employee memorably explained “Ub designed Mickey’s physical appearance, but Walt gave him his soul”. In 1932 Disney even won an honorary Academy Award for creating the character, in addition to the Best Short Subject (Cartoon) Oscar that he landed the same year for a piece called Flowers and Trees.

In total Disney won 22 Oscars over his entire career, which is still the world record for an individual. This includes the honorary one (complete with seven mini statuettes) for Snow White and the Seven Dwarves, which heralded what the Walt Disney Family Museum calls “the Golden Age of Animation”. 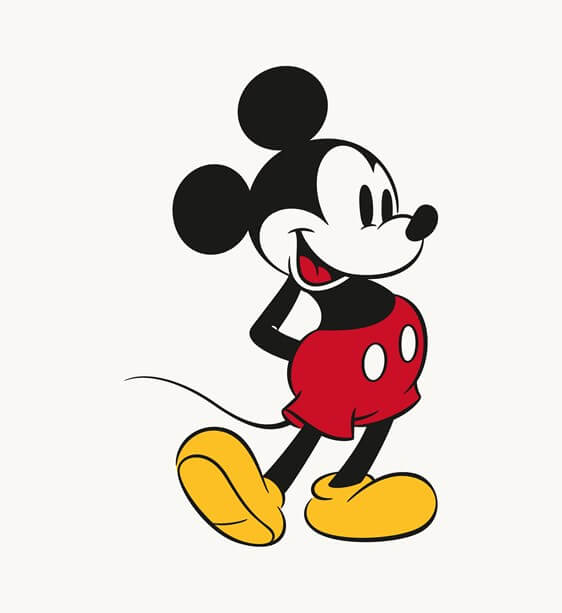 Another important lesson to learn from the man who gave Mickey Mouse his soul, is to always look beyond your current situation. He leveraged his visions and animations into theme parks and resorts, and lent his remarkable imagination to staging exhibits at the New York World’s Fair of 1964 as well as many other such projects. Even today, his name alone inspires artists, youngsters and businesspeople alike to think outside of the box.